Agriculture is regarded as an essential part of the economy of a country and the backbone of it. For decades, farming has been used for the production of essential food crops. Agriculture now includes forestry, dairy, fruit cultivation, poultry, arbitrary, and more. Processing, advertising, and supplying crops and cattle products are considered a vital part of the farming culture. Besides these advantages, it also helps people's livelihood and provides raw materials for their daily use.

The top 10 categories that are grown in Ontario, Canada, are listed below.

Ontario has continued to produce the most significant crop for both soybeans and corn. In 2016, Ontario alone made 59.8% of national corn for grain and 49.6% of the country's soybean. As a result, both of these crops have shown a tremendous increase in the area that they are cultivated in Ontario. 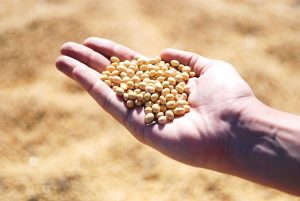 Crop rotation in Ontario has shown a marked increase with soybean and wheat. It offers more environmental benefits to the soil and ensures a better crop. This technique also provides agronomic benefits along with making the crop of soybeans much more nutritious.  Farmlands in Ontario are increasingly growing soybeans for these yield advantages and break pest cycles for an overall better harvest.

This type of farming with soybeans also provides increased employment to the masses, making it a popular crop to grow while simultaneously feeding the masses. Ontario was ranked fourth among the provinces in terms of the total land occupied by the crop.

Wheat and rye are the only crops produced that can make bread dough rise because of their gluten content. They provide the right balance of elasticity and the strength needed for bread dough. Needless to say, this makes it one of the most important crops to farm in Ontario.

Canada as a whole is the world's largest exporter of hard red spring wheat, quite famous for its exceptional milling and baking qualities. It is also well known for its suitability in being easily blended with lower protein wheat. The typical Canadian growing season comprising of short cool nights and long, bright, dry days is the most optimum for the growth of a high-quality wheat crop. Moreover, the quality wheat produced in farmlands in Ontario is priced a little higher than your average cost for wheat crop. 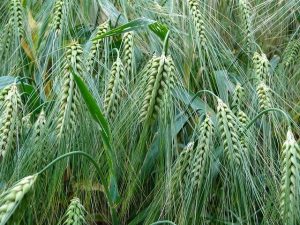 There are many attempts to grow different breeds of wheat crops to meet the needs of the demanding world market. However, this type of wheat is ideal for cookies, cakes, crackers, specialty bread, and noodles.

Barley is chiefly a livestock feed and is the primary feed grain in Canada, including Ontario. Barley is much better suited in the farmlands of the Canadian prairies. Hence it is the place where most of this crop is grown. This is also a good option for crop rotation with wheat as it produces a high yield, matures quickly, and is much more resistant to drought and saline problems.

This crop is mainly used in brewing beer, a large industry that consumes this crop. Hulless barleys are raw barley that still has their shell intact but can easily be removed by threshing, similar to wheat. Ontario produces different varieties of barley in an effort to make more easily digestible, high-protein variants.

Although not as pleasant as other cereals, some barley is eaten directly by people. Barley kernels are treated to get rid of the shells and separate the inedible part of the grain. "Pearled" barley is a highly polished barley type; on the other hand, "pot barley" is less polished, hence a little larger than pearled barley. Because of its better polish, Pearled barley is mainly used in cereals for breakfast or infants. There are various benefits that barley offers to humans: it reduces constipation because of its high fiber content and also helps in lowering cholesterol levels.

Since the 1980s, Canada has steadily kept hold of a significant share in the export of oats. Many farmlands in Ontario have increasingly chosen this as their crop of choice. Oats are mainly used as fodder for animals, but the importance of oats as a healthy crop for humans is increasing day by day.

In the USA, oats are used as pasture, silage, haylage, and as a cover crop to prevent damage to the soil. It is also grown in Ontario on marginal land to prevent erosion and a nurse crop to protect new baby plants.

Oat breeding in Eastern Canada is also widespread. Farmlands that produce oats do not majorly trade it because of its bulky nature. The masses locally consume most of the oats grown in Ontario. Hulless or naked oats, which shed their hull during harvest, are primarily feed constituents.

Corn tops the cereal crop production around the world. In the Canadian farmlands, you can experience endless fields of corn as far as the eye can see. If you have been there, you probably know that it is by far one of the most heavily produced crops in the area.

Ontario typically grows three types of sweet corn: standard, sugar-enhanced, and super sweet. Each possesses three distinct colour groups: yellow, bicolour (yellow-and-white) and white. The sugar content of the conventional type varies from 9-16 percent, compared to the 14-44 percent range in the others.

The natural sugars present in regular and sugar-enhanced corns converts to starch, causing the kernels to lose their sweetness and become hard. This process doesn't occur with the super sweet corn varieties, making it especially appropriate for delays between harvest and consumption.

Beef cattle farming is central to Canadian agriculture. Beef farms make up about one-fourth of the total farming land in Canada. Therefore, it is one type of farming that can't be ignored. The dollar value of live cattle products ranks just below wheat and canola. Canada is also ranked amongst the world's top 10 per capita consumption and export of beef.

Diverse breeds of cattle appeared in the 19th century in Canada. The British beef breeds were amongst the first few breeds that appeared in various parts of Canada, which can still be seen prominently. White-faced Herefords are known for their toughness and durability and are more commonly found in the rigours of the Canadian climates.

Aberdeen Angus, another prominent breed, is best known for its jet black colour. Their meat is considered one of the finest quality.

Mainly, Canada's beef cattle farms can be broadly divided into three production phases: cow-calf operations that yield weaned calves; stocker or backgrounding operations that nurture the calves to maturity by feeding fodder; and finishing operations that make sure that the cattle have reached slaughter weight. All of these processes can be handled on a single farm, but large-scale cattle farms specialize in mostly only one type of the three phases.

For almost a thousand years, maize has been extensively cultivated in central Canada. After the US high-yielding maize hybrids were introduced during the mid-1950s, maize was commercially produced on farmlands in Ontario. The farmlands in the southernmost regions of Ontario are exclusively growing maize. Farmers have crossed different crop breeds to produce ones that have a lower susceptibility to frost and are also resistant to other types of pests.

Maize is a staple food in Canada, particularly in central Canada and Ontario, where it is consumed in vast quantities. Fodder maize, used chiefly for silage, needs less heat and has an extensively growing range than grain maize. Moreover, there is an increasing trend for encouraging food and industrial use of maize in Canada.

Oilseeds in Canada are presently dominated by canola (rapeseed), which has become an increasingly valuable crop cultivated by about 80,000 farmlands. It is the second most crucial crop behind wheat. Canola is used mainly by people in Ontario in salad dressings or as a cooking oil.  The residue that is collected after the refining of the oil is used as livestock feed.

Sunflower is grown in a comparatively smaller portion of farmland, mainly in southern Manitoba and southeastern Saskatchewan. It has little importance as a cereal crop but serves as an excellent rotation crop for wheat that reduces pest attacks on harvests. About half of current sunflower production is used up by the confectionery market.

About 30% of Canada's produced sunflower crop is exported, with the significant exporter being the US. The remainder is exported to several countries like Germany, Belgium, the Netherlands, and Turkey. Confectionery-type seeds have striped hulls, and humans mainly consume these forms. Sunflower seeds can be treated by roasting and salting or baking into bread products for consumption.

Flaxseed is more commonly called linseed in North America because the word flax itself means the fibre used by the linen textile industry. This is perhaps one of the first agricultural oilseeds grown in Canada, and its fibre variant is only produced in selected parts of Canada.

On the other hand, Canada is now the world's biggest exporter and producer of the seed itself. Only a small amount of the flaxseed produced is crushed locally; most of it is exported in its basic form. This crop has the potential to be increasingly used in various industries. Flaxseed (linseed) oil is also used extensively in making paints, varnishes, ink, and oilcloth.

The way humans have survived and thrived on this planet has changed drastically throughout centuries, decades, and sometimes year by year. Agriculture is perhaps one of the few things that has remained contant across time and civilization. For many countries, agriculture is the primary source of economic stability, while in others it's supplentary. Despite the differences, farming has proven essential through the ages and is still one of the most sought-after professions.

Some of the crucial aspects of farming and agriculture are listed below.

Agriculture is the chief source to generate revenue for most developing countries. As for developed countries, agriculture provides bonus income as their economy is not directly dependent on it.

Supply Of Food And Fodder

The agricultural sector provides food crops for the general population as well as for export purposes. The fodder produced is mainly used as food source for domestic animals. Moreover, livestock can also be consumed as a source of protein.

It Provides A Source Of Livelihood.

The agricultural industry is still one of the most significant industries that employs a significant portion of the populaton. There are many job opportunities in agriculture: farmer, harvester, technician for farm equipment, even scientist. These provide jobs to people with basic skill levels as well as to highly qualified individuals as well. In developing countries, agriculture has proven to give employment to a considerable number of people as well.

It Can Help To Heal The Environment.

Agriculture or farming has the power to harm or heal. When farmers grow different crops on the same piece of land, it will help them take better advantage of the nutrients on their land. Having more biodiversity will help you harvest healthier crops, experience less erosion, and attract more beneficial pollinators. All of this better preserves the environment which can then provide better crops.